Penang (a state in Malaysia and the name of its constituent island) is popularly known as a fascinating fusion of the East and West, which embraces modernity while retaining its old world charm and traditions. It was named Prince of Wales Island when it was occupied by the British East India Company on 12 August 1786.

Also widely known by its nickname- the Pearl of the Orient, Penang is popular for its white sandy beaches as well as its rich varieties of Malaysian foods. Some of the most interesting sites of Penang include the landscape from the summit of Penang Hill, sandy beaches of Tanjung Bungah, and renowned Snake Temple.

Popular Top 10 attractions in Penang are as below :

Wat Chaiya Mangkalaram
Popularly known as a Thai temple which built in 1845, guests from around the world are visiting Wat Chaiya Mangkalaram which features the giant Reclining Buddha statue.. The statue is the 3rd largest of its kind, being 33 meters in length. It signifies Buddha’s total detachment from worldly matters during the last days of his life. The temple was built in 1845 on a piece of land given by Queen Victoria to four women trustees as a gesture of goodwill to boost trading relations with Thailand. This temple is also home to colourful murals depicting Buddha’s life story.

Fort Cornwallis is a star fort that the British East India Company built in the late 1700s on the northeastern coast of Penang Island, Malaysia. At this Penang’s most popular landmarks, visitor will see a 17th century chapel, ammunition storage area, some prison cells, or even some pretty cool old bronze cannons, including a Dutch one which superstitious locals believe has a positive effect on women’s fertility. This fort was named after Charles Cornwallis, the former Governor General of India. In its entire history, the fort has never engaged in any battle.

Penang’s Khoo Khongsi (also known as Dragon Mountain Hall), is a Chinese clanhouse for individuals with the surname Khoo. It is a mark of the dominant presence of the Chinese in Penang.  Located in Cannon Square in the heart of the oldest part of the city of George Town, the clan temple has retained its authentic historic setting, which includes an association building, a traditional theatre and the late 19th century rowhouses for clan members. Overhead, massive paper lamps cast the clanhouse in an orange glow and stunning ceramic sculptures of carp fish, immortals and dragons dance across the roof ridges.

The few hours spent at Escape Adventureland Penang are likely to rank as some of the most thrilling and emotionally-charged moments of your life. After all, hurtling speedily through the open air, dozens of feet off the ground, is pretty memorable. A park specialising in zip-lining (or, as Australians call it, flying foxes), there are other fun activities here including a free fall from a 20m jump platform, an inner-tube slide and tree rope swing. Operating hours: 09:00 – 18:00 Tuesday – Sunday Address: 828 Jalan Teluk Bahang,11050 Penang Tel: +604 881 1106

Located on top of a hill in Air Itam town of Penang, Kek Lok Si Temple is one of the best known temples on the island which founded more than a hundred years ago. Kek Lok Si complex is filled with sacred temples and beautifully-landscaped gardens. With millions of magnificent images of Buddha and hundreds of nice meaningful carvings, sculptures and murals in the exterior as well as  interior of the temple halls, archways and pagodas, Kek Lok Si Temple is an unique heritage treasures that have Mahayana Buddhism and traditional Chinese rituals blend into a harmonious whole, in temple architecture and daily activities of worshipers.

Also located at Air Itam (which is 6 kilometres from the city centre of George Town), Penang Hill, or Flagstaff Hill (Bukit Bendera) stands out prominently from the lowlands as a hilly and forested area, rises 821 metres above sea level.  The best way to reach the summit is to hop onboard the funicular train that travels all the way up in half an hour. The fare (for Malaysians) for a round trip ticket is RM8 per adult and RM4 per child aged between three and 12. For foreign tourists, the return fare would be RM30 for adults and RM15 for children aged seven to 12.

The award-winning Cheong Fatt Tze Mansion symbolize the best of 18th and 19th-century Chinese architecture. It is situated at 14 Leith Street, 10200 George Town, Penang, Malaysia. Relying heavily on feng shui design, a team of master craftsmen from China took more than 7 years to build the mansion, including its 38 rooms,five granite courtyards, 7 staircases and 220 vernacular timber louvre windows.The architecture of the mansion however originates from the Su Chow Dynasty Period in China. Locals call it the Blue Mansion and it remains one of only three traditional Chinese mansions outside of China. Guided tours take place at 11:00, 13:30 and 15:00, with an entry fee of RM12 per visitor. 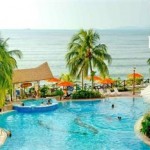